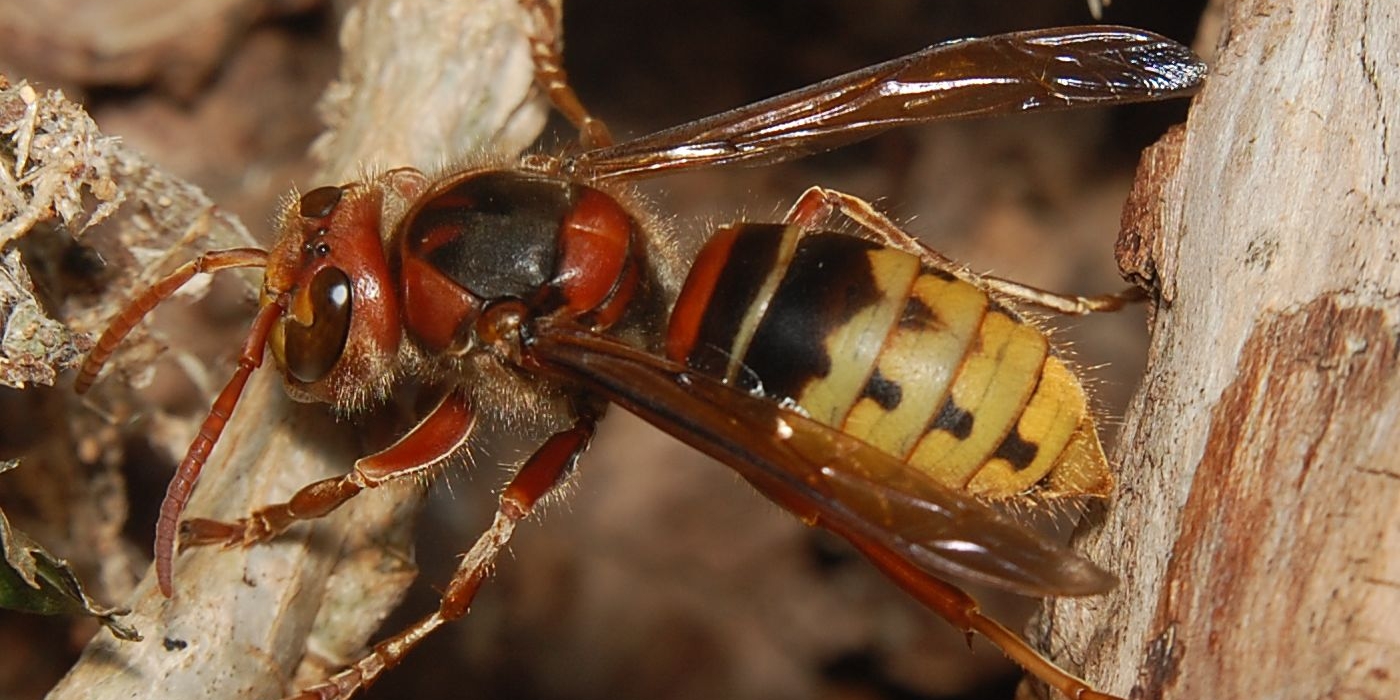 Hornet control and hornets’ nest removal are among our most in-demand summer services. As the Georgia summer gets hotter, hornet activity heats up — and so do our phone lines.

Hornets have a well-deserved reputation for delivering painful stings, and hornets’ nests in areas occupied by humans, livestock, or domestic animals are jobs for professionals. The two most common hornets found in Georgia are the baldfaced hornet and the European hornet. Baldfaced hornets are the most aggressive wasps found in Georgia. They are strong, ever-vigilant, aggressive, and unpredictable. Walking within three feet of a baldfaced hornets’ nest is like asking to be stung, but some people have been attacked for walking past hornets’ nests ten feet or more away.

Most baldfaced hornets’ nests are built of paper and are suspended from trees or structures. Sometimes, however, baldfaced hornets may build nests in the ground or in hollow trees or other voids. Typically, two or three hornets continually circle around the nest opening, constantly on watch for potential threats. These hornets are known as “sentries,” and if they sense danger, they will quickly alert the rest of the troops. Because hornets often build their nests suspended from very high tree branches, roof overhangs, and other difficult-to-reach places, many exterminators are unable to treat them. At Hole-In-One Pest Solutions, we can handle any hornet control job, no matter how high the nest.

Hornets are very unpredictable insects. In fact, when people say they got stung by a hornet just for looking at it funny, they’re probably right. Hornets are fiercely protective of their nests and will attack, often in great numbers, if they feel even the slightest bit threatened. When that happens, watch out.

Hornets usually attack in great swarms that may number in the hundreds or thousands of individuals, and they can fly faster than you can run. Hornet stings are very painful and can cause serious allergic reactions. Even people who are not particularly allergic to insect stings sometimes have to be hospitalized after being being attacked by a hornet colony, whose members may number several hundred individuals. Hornets’ nests in close proximity to areas where humans live, work, or play must be removed, and obviously hornet extermination is a job for professionals.