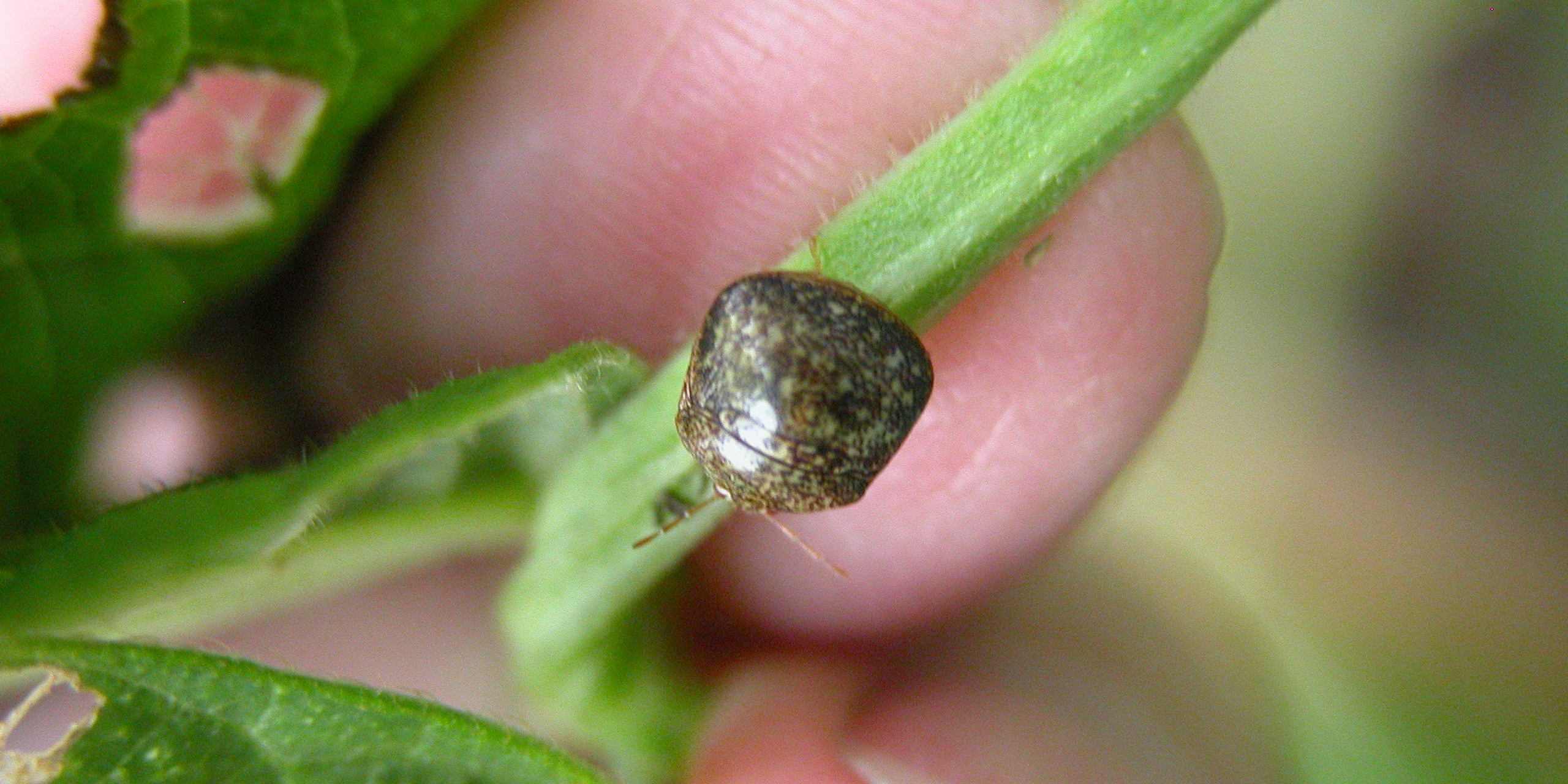 As the weather grows colder, many insects will enter people’s homes in search of warmth and shelter. A new pest that could enter homes this winter is the kudzu bug.

A native of East Asia, the bug was first found on kudzu plants in north central Georgia in 2009. At first, it was thought to be a beneficial insect because it ate invasive kudzu, but it quickly proved to be a major pest of soybeans too. From Georgia, it has rapidly spread and is found in soybean production areas in much of North Carolina, South Carolina and parts of Alabama and Virginia.

“In addition to a pest of field crops, the bug is a home invader and will congregate in people’s houses in very large numbers, as it looks for shelter in the winter. This is how it was first found in Georgia,” Johnson said. “While this is the first finding of this species and family of insects in America, the bug is most similar to stink bugs.”

The kudzu bug is about the size of a pea with brown to olive coloring and darker patches on its back. While they can gather in homes in large numbers similar to lady beetles, the kudzu bug will not threaten the buildings’ structural integrity. However, it may soil the exterior of the home, especially light colored siding. The biggest nuisance to homeowners from this insect will likely be the offensive odor it releases when threatened. The smell has been described as a cross between a commercial cleaner and an industrial lubricant.

On soybeans, the bug has caused up to 25-percent crop loss in Georgia, but losses in the 5 to 10 percent range have been more common there.

“The lower levels of damage may not seem like much, but when looking at high grain prices and the cost of insect control, this bug could place a considerable burden on growers,” Johnson said. “It also feeds on corn, but we don’t know to what extent yet.”