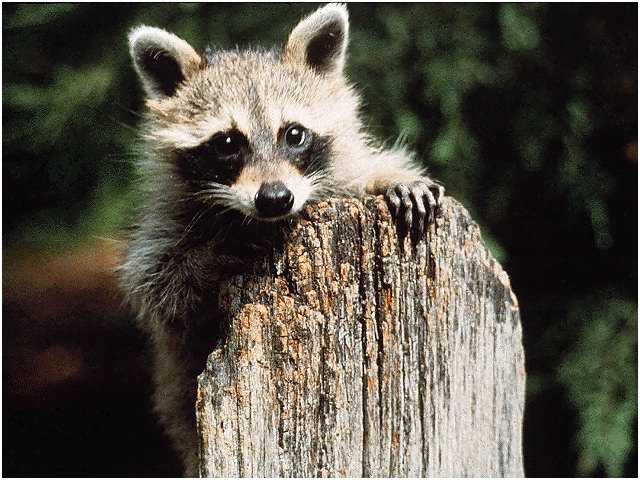 The raccoon (Procyon lotor), sometimes spelled as racoon, and also known as the common raccoon, North American raccoon, northern raccoon and colloquially as coon, is a medium-sized mammal native to North America. As a result of escapes and deliberate introductions in the mid-20th century, raccoons are now also distributed across the European mainland, the Caucasus region and Japan. Their original habitats are deciduous and mixed forests, but due to their adaptability they have extended their range to mountainous areas, coastal marshes, and even urban areas, where some homeowners consider them pests.

While its diet in spring and early summer consists mostly of insects, worms, and other animals already available early in the year, it prefers fruits and nuts, such as acorns and walnuts, which emerge in late summer and autumn, and represent a rich calorie source for building up fat needed for winter. Contrary to popular belief, raccoons eat active or large prey, such as birds and mammals, only occasionally, since they prefer prey that is easier to catch, specifically fish, amphibians and bird eggs.