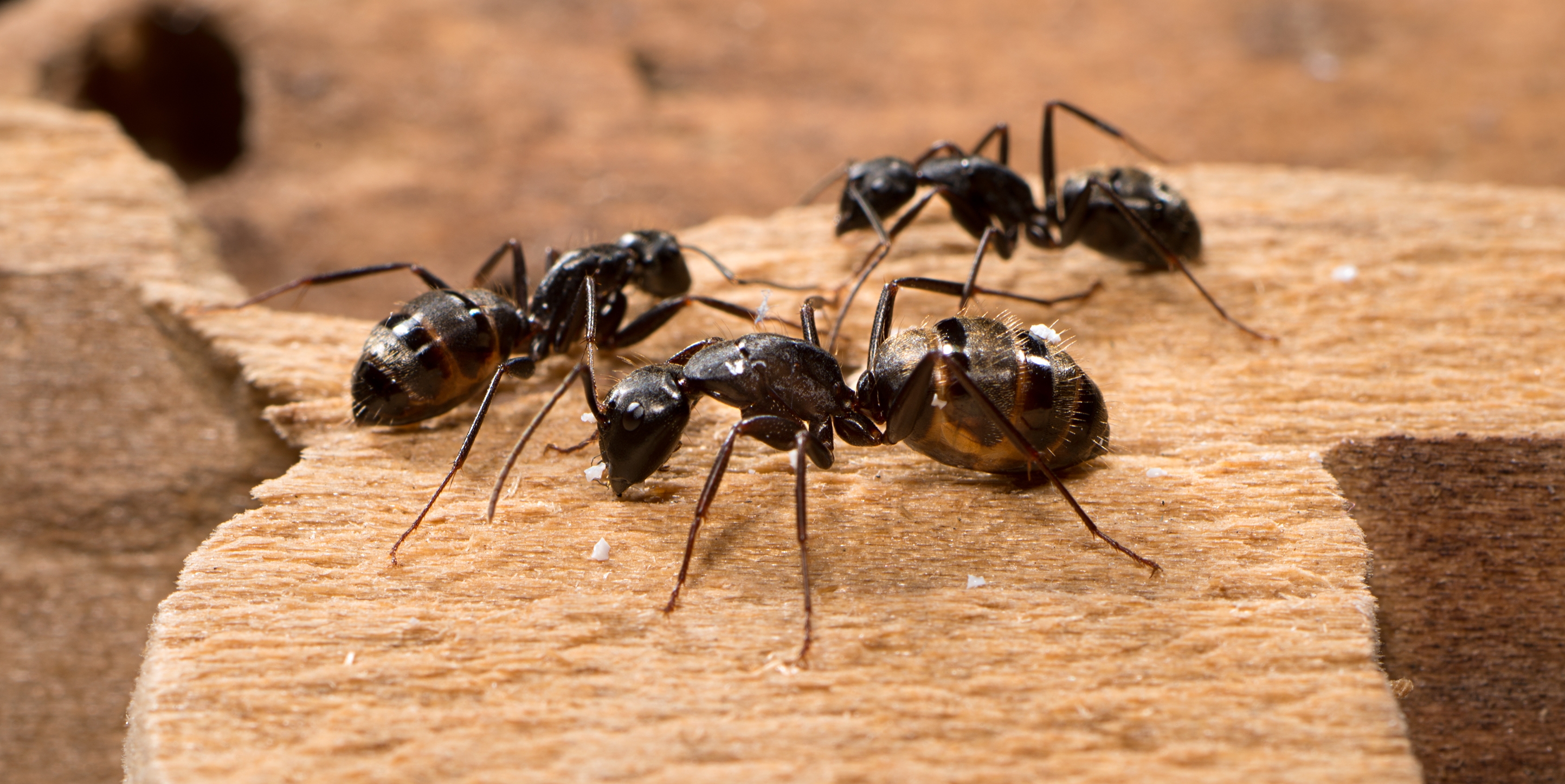 Carpenter ants are common in Georgia and can damage homes by excavating galleries in wood in which to lay their eggs. Their colonies can range in numbers from a few dozen ants to several thousand.

Carpenter ants are rather large ants, usually ranging in size from three-eights to three-quarters of an inch in length. Like ants in general, they are social insects with highly-developed colonies and a well-defined division of labor. Carpenter ants are wood-destroying insects. Unlike termites, however, carpenter ants don’t actually eat wood. They excavate galleries in wood in which they lay their eggs and raise their young. Over time, carpenter ant damage can become substantial and can require costly repairs to homes and other wooden structures. In general, carpenter ants prefer wood that has been moisture damaged, although they also will attack sound wood. They tend to infest structural voids in areas with fairly high relative humidity such as wall voids, roof soffits, the areas behind door and window frames, voids behind plumbing fixtures in kitchens and bathrooms, and hollow ornamental beams and posts. They’re also commonly found on sill plates, in ornamental railroad ties, and in stored firewood.